John Singer Sargent (1856-1925) was one of the leading portrait painters of his generation. Sargent took a strong interest in framing his own portraits, which at the time was a necessity for any portrait painter. An American by parentage, born in Florence, his formative years as a painter were spent in Paris. He travelled widely, and was at home in London, Paris, and New York, endowing him with a cosmopolitan worldview that exceeded any other contemporary American or English portrait painter.

We have only a partial view of Sargent's involvement in the framing process. We know that he would often choose modern frames and occasionally antique frames. The following highlight some of Sargent's preferred frame styles. 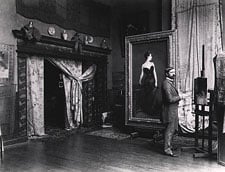 Sargent's celebrated work, Portrait of Madame X, caused a furor at the Paris Salon in 1884. It can be seen here in the artist's Paris studio, with a frieze of overlapping leaves in a detailed classical frame. This photo was taken shortly before its notorious reception at the exhibition. 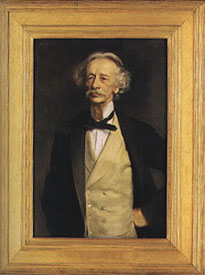 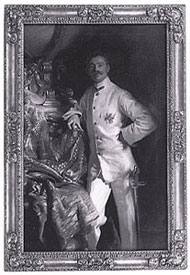 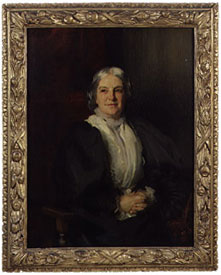 Here's an example of Sargent's use of antique frames. Many of his antique frames exhibit signs of alteration to fit the painting, suggesting he typically selected the frame once the portrait had been complete. 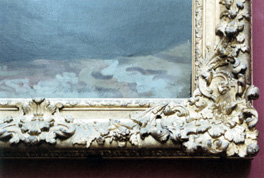 The Misses Hunter (1902), detail of a Louis XIV style frame.

Sargent reserved his most elaborate frames for some of his grandest portraits. The painting shown above exhibits a group of the three Acheson girls at full-length, in a highly enriched Louis XIV frame. 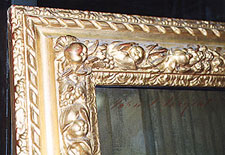 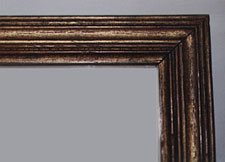 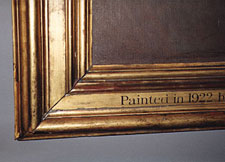 In his final years, Sargent time was taken up with decorating the Museum of Fine Arts at Boston. After a retrospective exhibition of his work in New York in 1924, he passed away in his studio the following April in London.